3 Reasons Why We Don’t Finish Things

Between my personal, creative and corporate lives, I have seen incompletion patterns amongst my peers and within myself. Based on the experiences, I believe the 3 major reasons why we don’t finish things are:

1. A lack of painful consequences (or allowing “acceptable” consequences to take place);
2. A lack of accountability to other people (or to oneself);
3. Focusing on perfection or a similarly unachievable goal.

To crush these blockers, I recommend playing a game: The Intentional Interference Game. The only rule is to intentionally / purposefully interfere with your established work patterns. I played the I.I. Game and won shortly after gameplay began.

First, I gave myself a painful consequence: I booked a date for mastering my record. If I missed the date, I would likely hurt my relationship with the studio and lose money. I foresaw pain!

Second, I created some accountability with some of my peers by promising them a copy of the album, also by a certain date. I knew if I didn’t come through with these particular peers, they would be asking me about it and I didn’t want to sheepishly say that I was “still working on it.” I felt accountability!

Third, I drew a line at 97% “perfection” for my album. Of course, I believe that a line can be drawn at any point for any project. This particular line meant that I had to make a few artistic compromises, but it allowed me to move forward. I forewent perfection!

I became motivated to finish what I had been working on. The 3 reasons for not finishing things and my game to combat them I hope are straightforward. Perhaps you can try playing the I.I. Game to leap incompletion hurdles in your own world? 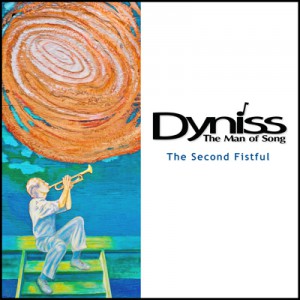 This album wasn’t getting finished until I played the Intentional Interference Game.