A Song about Depression – Mirrors and Smoke

When I play my song Mirrors and Smoke — a song about depression — applause at the end is usually sparse. Most folks prefer uplifting feelings over introspection when it comes to entertainment, songs and/or music. Here is a new bootstrapped and slightly artsy music video to support the song:

#SorryNotSorry, folks — I believe that a dark song from time to time (not all the time — see below) can be good for mind and spirit if it gives you something to relate to. Additionally, if art (i.e. a song) is supposed to be an expression of the human condition, then it should also be okay to express something that isn’t all rainbows and flowers.

One great thing about being a performing songwriter is being able to have discussions with folks who are pleased to discover that you think a little bit like them (and vice versa). If you’ve ever felt alone in your thoughts or mental struggles, then maybe you can relate to Mirrors and Smoke, whose lyric outlines how professionals like doctors and engineers looked down on my music career. Their pessimism negatively affected my self-confidence, which I subsequently faked.

It’s generally uncool to talk about mood depression. Socially, it makes us appear weak. Although I was a sufferer, I admit that I have “unfollowed” several people in my social networks over the last few years who posted about their own suffering frequently. It’s not that I didn’t care or wanted to avoid commenting on it — it’s that I can be negatively influenced by receiving too much of that type of information. These days, I use several disciplines to ensure that I keep my spirits high. You can listen to the audio speakquel (a spoken prequel to Mirrors and Smoke found on my current album) linked below regarding this topic, which says more than I have written here:

All said, I believe that there is a time and a place to talk comfortably about depression or other dark topics. Balance is the key. In my daily personal life, I choose to limit my complaining and focus on the positives as much as possible because it contributes to a sense of well-being. It’s also easy to see that people want to be around me more when I’m in that mode.

I’m releasing this video and blog post immediately before the holiday season because statistics say that mood depression increases around this time period. My hope is that those who might be suffering can see that there are others who have the condition, which can actually make a person feel better for the short run. For the long run, there are ways to get out — I offer some neutral advice within the speakquel above. 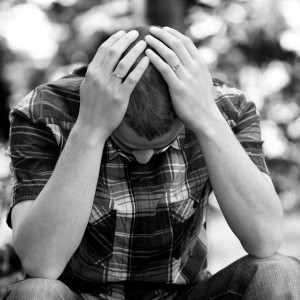 Depression can be treated and/or defeated.