Are We Naturally Dishonest?

I have been studying psychology independently to help me to do better work as a “thinkertainer.” This is a quick review with personal references regarding my recent read, The (Honest) Truth About Dishonesty: How We Lie to Everyone – Especially Ourselves, by Dan Ariely, PhD.

Controlled experiments prove that we are all somewhat dishonest, no matter how honest we think we may be. Ariely proves this partially through a series of his (and/or his close colleagues’) controlled scientific social experiments. To reach some conclusions, they used highly similar experiments and methodology, while being occasionally speculative. But there were plenty of other experiments which weren’t their own. The results on a whole were thought-provoking and believable enough for this fact-seeker.

If we are dishonest in any world: business, financial, personal, social — it’s not usually based on our own cost/benefit analyses, i.e. “Can I get away with it?” Rather, it’s usually based on how far we feel we can stray from an acceptable vision of ourselves. “Will I still accept myself after I commit this act?” Ariely calls the space for this question the “Fudge Factor,” whose width varies from person-to-person. If I am a recreational golfer and still feel okay about my own integrity by moving the ball with my foot, then I may indeed move the ball with my foot.

But other things can counter this phenomenon. If there are “reminders” about dishonesty (like a sign at the golf club discouraging cheating), or if I am being watched, or if I have never tried that particular type of dishonesty before, then chances are lower that I will follow-through with the questionable act.

Rationalization was another exciting section of the book. Quite simply, we make up stuff all the time to provide “answers” for ourselves or for other people. We rationalize everything from retail purchases, to why we said or did something when we might not actually know why. One of Ariely’s examples I had lived through in my corporate life: A leader whom you admire wants to ever-so-slightly massage numbers or facts for the sake of making a report look good. You end up rationalizing the slight change as doing good for him or her, while doing a good job for the company. We think we’re being altruistic. Take such an example and expand it — you’ll get results like the Enron disaster or the 2008 financial crisis.

Oh, and let’s not forget about observing other people being dishonest — it greatly increases our chances of acting in the same way. In fact, Ariely had more than one example of organizations refusing to use his proven methods of reducing dishonesty in the workplace because of the existing cultures amongst the employees. I have also seen this first-hand in more than one large organization. If we as a group have something to prove to shareholders for example, then everybody colludes quietly. There is no punishment, so it becomes part of doing business normally. Unfortunately, most organizations and governments still think internal solutions are increased transparency or zero tolerance — but those solutions simply do not work.

I highly recommend this book. On a personal note, it helped me to re-evaluate what I have been saying on “auto-pilot” in certain situations. I believe that with some practice, I shall be able to slightly increase my self-integrity — and in keeping with Ariel’s comments — not just my self-perception of integrity.

Hire me to “thinkertain” your audience with inspiring speaking and interactive songs. 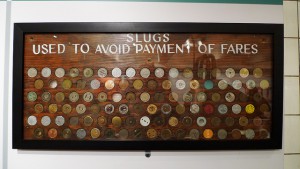 It’s not really dishonest if they’re charging us too much, is it?