For fun, I looked up the word, “network” at rhymezone.com and got “fretwork,” which is (of course) related to guitar frets. It was the only word that was a perfect rhyme. I found this amusing since guitar is a part of my passion.

I have been spending quite a bit of time networking: meeting new people in person, using social media and attending official networking events. I have sometimes been thinking of this as a questionable use of my time. It’s definitely not one of those instantly measurable return-on-investment things, which my psychology can have trouble embracing, i.e. I want instant return on investment due to my impatience. You also don’t know who you’re going to meet or what it might lead to. In any case, I am doing this because the business experts I have studied agree that it is very necessary for growth. Robot Dyniss is complying.

Speaking of Robot Dyniss, I have been frequently realizing as I meet new folks that I am doing a million things “right,” because the other folks do not appear to be doing the same. It makes me feel like I have a massive advantage. For example, I met a nice fellow recently who started selling me on his business, but he opened with a long comment about how other people might tell me that his company is “bad.” I know even without having studied sales (which I have been doing), that you shouldn’t open any introduction with negative comments unless you are explaining a prospect’s pain that you are able to remedy. I mentioned this kindly to him, but he replied with a very detailed response on why he was doing it. He justified it pretty well, but if I were in the same boat and felt I had to do that, I would know that I was working for the wrong company.

So I seem to be doing lots right. Let’s go, universe — let’s go! 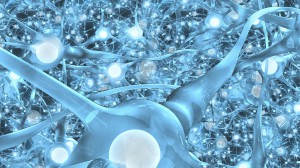